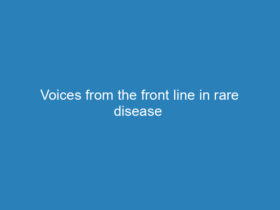 Voices from the front line in rare disease