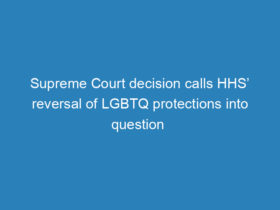 Cattle slaughter continues to recuperate from COVID-19 disruptions in April and May. Estimated cattle slaughter for the week ending June 20, 2020 was 656 thousand head, 98.2 % of 12 months earlier ranges.

The June Cattle on Feed report reveals the sluggish return to one thing like regular for feedlots, together with the challenges that stay. The June 1 on-feed stock of 11.67 million head, 99.5 % of final 12 months. One month in the past, the May 1 on-feed stock was 94.9 % of 1 12 months in the past.

The sluggish tempo of May marketings, mixed with rebounding placements, pushed the on-feed complete up sharply in May. The June 1 feedlot complete contains an estimated 5.18 million head of cattle on feed greater than 120 days, up 22.9 % 12 months over 12 months. The backlog of fed cattle will proceed to plague feedlots and fed cattle markets for a lot of weeks.

With beef provides rising within the second half of the 12 months, beef demand shall be essential. Retail grocery will transition from restricted beef provides in latest weeks to ample provides on the identical time that meals service demand is slowly constructing.